The Church of St Mary and St Alkelda

The Church of St Mary and St Alkelda is a Church of England parish church in Middleham, Richmondshire, North Yorkshire. The church is a grade I listed building, and it dates from the 13th century.

The church was made a collegiate church in 1477 by Richard, Duke of Gloucester (later Richard III). The collegiate body consisted of a dean, six chaplains, four clerks and six choristers. The post of dean was replaced by rector in 1840. The church was a Royal Peculiar until 1845.

On 15 February 1967, the church was designated a Grade I listed building.

Today, the church is part of the benefice of “Middleham w Coverdale and E Witton and Thornton St” in the Archdeaconry of Richmond and Craven of the Diocese of Leeds.

The parish stands in the Open Evangelical tradition of the Church of England. The benefice has not passed resolutions rejecting the ordination of women.

Harry Topham, clergyman and cricketer, served as rector from 1903 to 1925.

The school enjoys strong links with the church which we value greatly.

We often visit our local church, St Michael and All Angels . It is a beautiful church and we use it for collective worship and many festivals, such as Harvest, Christmas and our special leavers’ service. A brief history 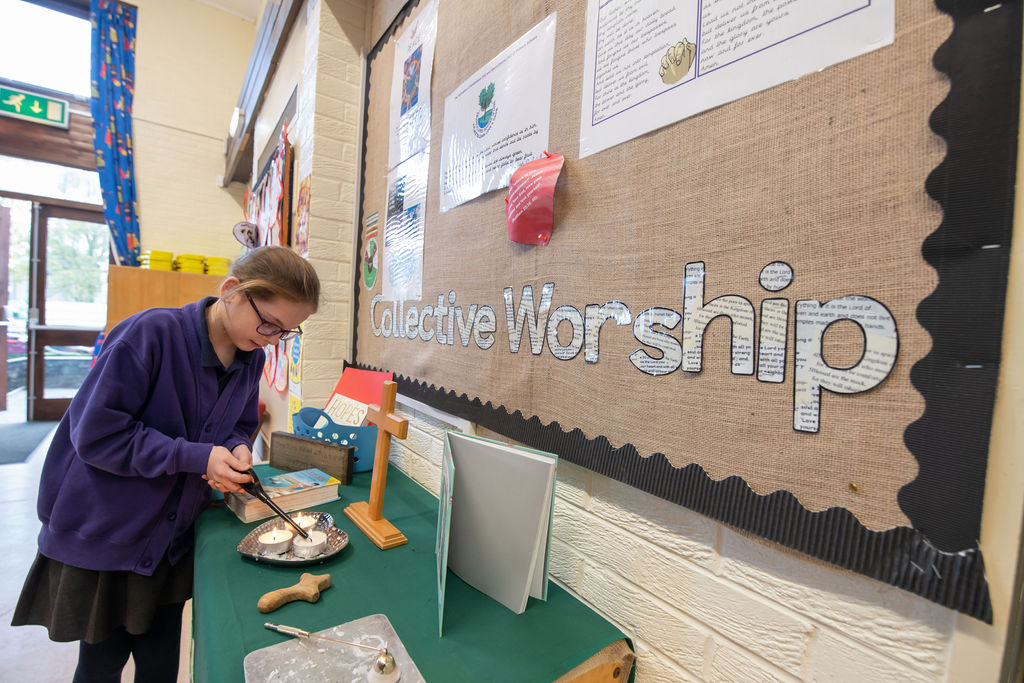